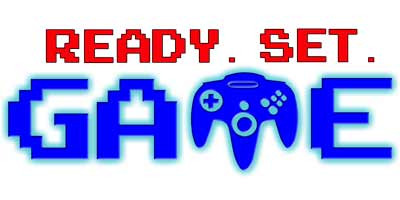 Saving money and staying entertained are a tricky balance that a lot of people have a hard time maintaining. Splurging on new forms of entertainment seem way too expensive to be financially obtainable, but after crunching the numbers, it is easy to see that some forms of entertainment pay themselves off greatly. To get the most for your money, you should be in the market for a good video game.

What Are You Actually Getting For Your Money When Buying a New Game?

Getting a brand new video game, such as the greatly looked after Animal Crossing: New Horizons, seems like an intimidating spend. At $60, this price often scares away average consumers, but those who look deeper into the value of the game may see the true worth. On average it takes 63 hours to play through the entire main story of New Horizons. This means that if you calculate the cost per hour of entertainment while playing New Horizons you’re spending less than a dollar for every hour of game enjoyment, and that’s just after playing through it once. If you consider replaying the game, playing with friends, or completing the additional side missions which can add up to 35 extra hours of gameplay on average, you pay even less the more you enjoy the game.

Why Would I Buy a Game When There are Cheaper Alternatives?

When looking into the cost of other popular entertainment forms, it is much easier to see how much money video games can save you. Purchasing a brand new Blu-ray seems much more cost efficient than spending double the money on buying a new video game. But when comparing the entertainment value of Animal Crossing: New Horizons with a Blu-ray copy of an equally new movie, such as Star Wars: The Rise of Skywalker, you see that you’re actually paying much more in the long run when purchasing the movie over the game. Star Wars: The Rise of Skywalker is $30 for a brand new Blu-ray copy and runs at 2 hours and 22 minutes. This means that upon your initial viewing of the film you paid $12.71 per hour of entertainment, which is a dramatic contrast to the price per entertainment of beating Animal Crossing: New Horizons the first time around. You would have to watch your new Blu-ray at least five times to get the cost per hour of entertainment to be lower than the cost of playing through Animal Crossing just once. Not only is it more cost efficient to purchase a video game, but you are getting much more original content per hour with a video game than with a Blu-ray purchase.

Save Every Time You Play!

The common misconception that brand new video games are a waste of money is misleading to the common consumer who will end up overspending on a different form of entertainment. Video games come in so many different styles, sizes, and costs that it allows for the perfect game to exist for everyone. Save yourself money with every hour of a game that you enjoy and never feel financially guilty when you’re in the market for video games again!